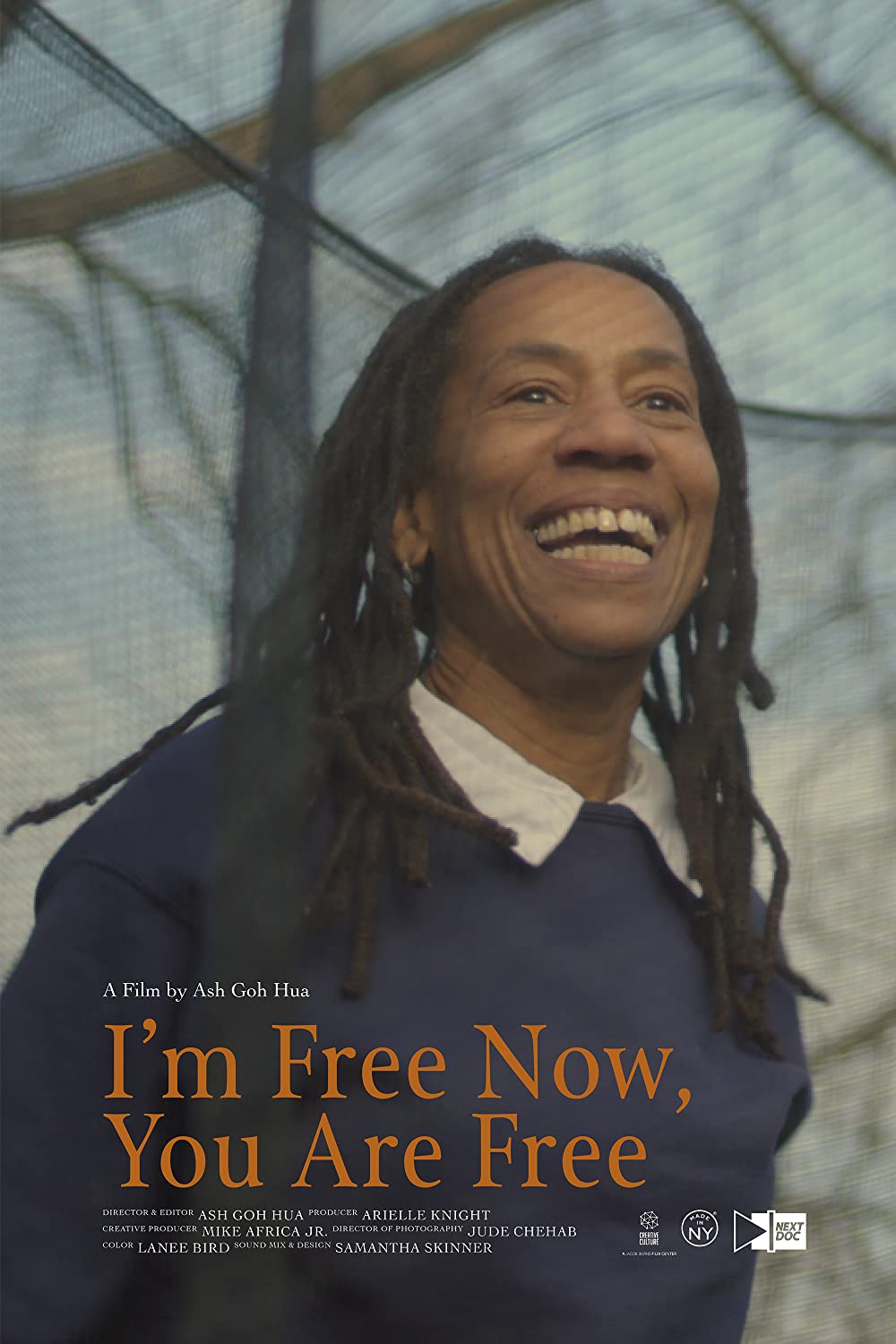 I'm Free Now, You Are Free

A short documentary about the reunion and repair between Mike Africa Jr and his mother Debbie Africa—a formerly incarcerated political prisoner of the MOVE9. In 1978, Debbie, then 8 months pregnant, and many other MOVE family members were arrested after an attack by the Philadelphia Police Department; born in a prison cell, Mike Africa Jr. spent just three days with his mother before guards wrenched him away, and they spent the next 40 years struggling for freedom and for each other. In 2018, Mike Africa Jr. successfully organized to have his parents released on parole. “I realized that I had never seen her feet before,” was a remark he made when he reflected on Debbie’s homecoming. This film meditates on Black family preservation as resistance against the brutal legacies of state-sanctioned family separation.
The film, I'm Free Now, You Are Free focuses on the reunion of a family torn apart following the 1978 confrontation between MOVE and the city of Philadelphia. In recognition of recent allegations about MOVE and the need to view this film in context, we reprint a statement by the Blackstar Film Festival​ 2021 in reference to a panel featuring Mike Jr, Mike Sr, and Debbie Africa:

"Over the past few weeks, allegations of abuse have surfaced from adults who grew up in the MOVE Organization. These survivors left the organization and recently shared their experiences within MOVE publicly. BlackStar, and the cultural workers convening for this panel, stand in solidarity with the survivors and take their demands for safety, healing, recognition and accountability seriously.

In the words of Debbie, Mike Sr., and Mike Jr., “we are also survivors and have expressed our concern and provided support to the out survivors. We condemn the acts of harm committed and support the healing of the said survivors and the many unsaid. Recognizing many issues within the organization, we want to make clear that we have not followed or associated with the current “leadership” of MOVE for years. We believe that there is a need for change in leadership within MOVE and specifically Mike Jr. have been working tirelessly to enact it.

This panel (at the festival) focuses on Debbie, Mike Sr., and Mike Jr.’s journeys of separation, incarceration, and reunification, and how they have used film and media to tell their stories and continue seeking justice, repair and healing in the wake of bodily and psychic violence from the state and its attendant institutions.

As filmmaker/activist Aishah Shahidah Simmons writes, “there is an opportunity for those who believe in and are committed to survivor-centered healing, non-carceral accountability, and liberation.”

We seek to address and hold the complexity of multiple forms of violence – anti-Blackness, heteropatriarchy, militarism, and capitalism, being meted out in the face of freedom dreams, political struggle, love, and restitution."