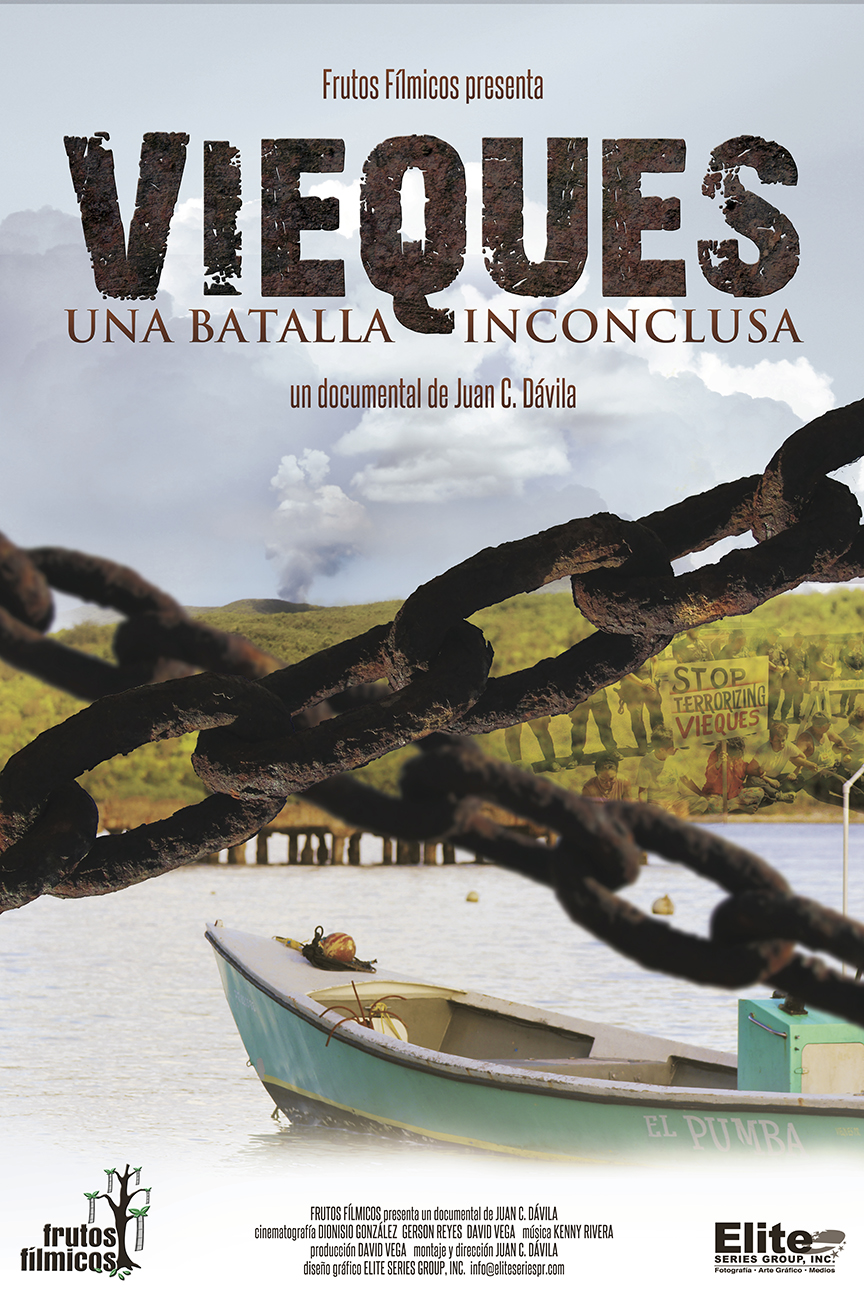 For more than sixty years the United States Navy used the island of Vieques, Puerto Rico, to test military weaponry and to train soldiers. Decades of opposition from the local community and international allies, lead to the withdrawal of the armed forces and the ending of all military activity on the island and its surroundings. After more than a decade of this departure, the Viequenses demand to the US Government a full cleanup, and the complete return of their lands. Unsatisfied with the lack of commitment from federal and state agencies to assume their responsibilities, the Viequenses face a new struggle for justice within their island.

To document the challenges and the current struggle of the Viequenses, filmmaker and journalist Juan C. Dávila interviews activists and personnel from the federal agencies in charge of the cleanup. The documentary compares and contrasts their arguments with research from Puerto Rican scientists, who are looking for solutions to the environmental hazards and improving the health of a community exposed to high levels of toxicity. VIEQUES: AN ENDLESS BATTLE recounts the history of Vieques and the islanders share their memories of an endless battle against the United States Navy.
Filmmaker Juan C. Davila is available for speaking engagements.

"Filmmaker Juan C. Dávila’s insightful documentary examines a decades-long struggle by the people living on the Puerto Rican island of Vieques to regain control of the land from the federal government… VIEQUES explores how Puerto Ricans have faced second-class citizenship in their own land, while also questioning whether Puerto Rico’s leaders have the best interest of the people in mind. Recommended." - P. Hall, Video Librarian Magazine